The History and Efficacy of TIMBER

In honor of Post-traumatic Stress Disorder (PTSD) Awareness Month, we began June’s Brain Blog update with a review of PTSD and a discussion of Dr. Pradhan and colleague’s system for treatment, TIMBER (Trauma Interventions using Mindfulness Based Extinction and Re-consolidation of memories). This week, we will examine the history and efficacy of TIMBER. 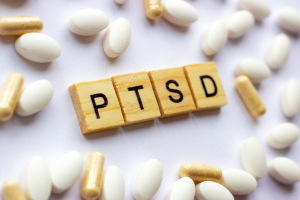 The first publication of the psychotherapeutic function of TIMBER was designed for use in patients with chronic and refractory PTSD and chronic depression (Pradhan, 2015a). TIMBER was then extended for use in patients with traumatic psychosis and other trauma-related conditions such as chronic anxiety and insomnia (Pradhan & Pinninti, 2016). TIMBER’s introductory rationale was grounded in the healing, mindful, and resiliency building properties of Yoga (Pradhan, 2015a). This foundation is also reflected in Pradhan’s earlier research on Yoga and Mindfulness-Based Cognitive Therapy (Pradhan, 2015a; Pradhan, 2015b).

Pradhan explains Yoga as consisting of two types of meditation, mindfulness or (open monitoring) and concentration (focus) (Pradhan, 2015a). Pradhan also denotes meditation as an “ongoing cognitive-emotive-reappraisal process that takes place within the individual” (Pradhan, 2015a). Focused meditation “involves monitoring the focus of attention, detecting distraction, disengaging attention from the source of distraction, and redirecting attention to the intended object” (Pradhan, 2015a). Meanwhile, open monitoring “involves nonreactive, moment-to-moment monitoring of the content of experience” (Pradhan, 2015a). Outside research has found both the physical and cognitive aspects of Yoga as beneficial for mental health in both general populations and among populations with a variety of diagnoses (Khalsa, 2013; Büssing, et al., 2012; Gururaja, Harano, Toyotake & Kobayashi, H., 2011).

As a stand-alone therapy, TIMBER has been found efficacious in both case studies and randomized controlled studies (Pradhan et al., 2015; Pradhan, 2015a). Initial studies focused on both adults and adolescents with chronic PTSD (Pradhan et al., 2015; Pradhan, 2015a). This research was then built on by combining TIMBER with pharmacological treatments (ketamine infusions, SSRIs, SNRIs, Clonidine, Propranolol) and brain stimulation treatment, all of which have been used to treat PTSD separate of TIMBER (Pradhan, Mitrev, Moaddell & Wainer, 2018; Pradhan et al., 2017; Pradhan, Makani, & Chatterjee, 2018).

Ketamine functions as an N-methyl-D-aspartate-type glutamate (NMDA) antagonist (Liriano, Hatten & Schwartz, 2019). As an “NMDA receptor activation has been shown to increase the formation of spontaneous intrusive memories (depressive or anxious),” ketamine “may be a promising drug target to lower PTSD symptoms” (Liriano, Hatten & Schwartz, 2019). SSRIs and SNRIs are both reuptake inhibitors which are commonly used as antidepressants. SSRIs prevent only serotonin from being reabsorbed into the neuron, while SNRIs work on serotonin and norepinephrine (Puskar, 2020). Both treatments have been found to reduce the severity of PTSD (Alexander, 2012).

Research has found Clonidine, a centrally acting alpha-agonist hypotensive agent, may be “effective treatments for nighttime symptoms of posttraumatic stress disorder, but their long-term use may be limited” (Wendell & Maxwell, 2015). It has been proposed “that the sympathetic nervous system plays a significant role in the hyperarousal component of nighttime PTSD” (Wendell & Maxwell, 2015). Because Clonidine reduces blood pressure it is hypothesized that it may “be effective in the management of nighttime PTSD symptoms” (Wendell & Maxwell, 2015). Propranolol, a beta blocker, is suggested to “[block] the reconsolidation of fear memories” via its function as a beta-adrenergic–receptor blocker (Giustino, Fitzgerald, & Maren, 2016). Human subjects with PTSD have reported improved symptoms, while Pavlovian fear conditioning in rats is less effective after subjects took Propranolol (Giustino, Fitzgerald, & Maren, 2016). Lastly, brain stimulation is a blanket term for several types of stimulation (Novakovic et al., 2011). Pradhan and colleagues specifically used repetitive transcranial magnetic stimulation (rTMS), which “is a noninvasive procedure that uses magnetic fields to stimulate nerve cells in the brain” (Pradhan et al., 2018; Mayo Clinic, 2019).

In interviews with Dr. Pradhan, he discussed that TIMBER has also been proved efficacious for clients with Substance Use Disorders such as alcohol, opioids, and nicotine. He also reviewed forthcoming research with the Brain Blog, discussing how TIMBER has been used as either a standalone therapy or in combination with transcranial magnetic stimulation (TMS) or pharmacological treatments (clonidine and bupropion).

For further information on TIMBER, Dr. Pradhan and colleague’s book TIMBER Psychotherapy For PTSD, Depression, and Traumatic Psychosis outlines the use and efficacy of TIMBER. Several of his presentations on TIMBER are also available online (on TIMBER, on Y-MBCT). The National Alliance for Mental Illness has compiled a series of resources for people living with PTSD or their support networks. HBSF’s patient advocacy team can be reached at patientadvocacy@brainsciences.org for additional resources and guides to receiving help.

Puskar, M. (2020). What is the difference between an ssri and an snri? | betterhelp. https://www.betterhelp.com/advice/medication/what-is-the-difference-between-an-ssri-and-an-snri/