TBI, CTE and at Risk Professionals

Last week the HBSF Brain Blog published the “Basics of Traumatic Brain Injury”. Where we defined TBI as “a [disruption] of brain function and/or structure due to the application of external physical force that produces sign[s] & symptoms of dysfunction in the acute injury period” (Silver et al., 2019).

Though factors such as age, injury type, and cause of death have been analyzed by the CDC in relation to TBI, there has been no correlation of occupation in relation to TBI. More notably, whether the patient was a first responder, professional athlete, or military personnel (Center for Disease Control, 2019). 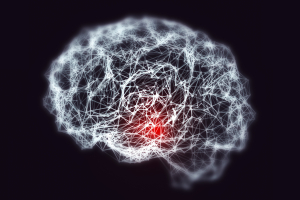 These three groups have been recognized as having an increased risk of acquiring a TBI or chronic traumatic encephalopathy (CTE) by external sources.

In the Handbook of Clinical Neurology, TBI is noted as a “critical health concern for active military personnel and for the veterans of recent conflicts” (Faul & Coronado, 2015). The handbook also included data from the Defense and Veterans Brain Injury Center (DVBIC) noting, 771,874 patients sought care from a VA Medical Center in 2011 and 33,149 military personnel were diagnosed with a TBI.

In 2017, only 17,841 new personnel were diagnosed with a TBI, but the current global number of personnel estimated to have a TBI is 383, 947 (Defense and Veterans Brain Injury Center, 2020). These statistics likely underestimate the population of TBI as Tanya Juarez (CEO) notes, “In my experience, especially in combat zones, soldiers were reluctant to report any cognitive symptoms associated with a recent blast incident, or impact incident.”

In the case of first responders, John Violanti, a lead researcher in the field of police stress, gave HBSF the following insights:

“Police officers and firefighters may be subject to low level blasts during a shooting incident, terrorist bomb or fire explosions, and high levels of noise at work.A study by Tate, et al. (2013), revealed a cumulative negative effect associated with chronic low-level blast exposures, indicating that even small exposures can add up to cause cognitive impairment. Another study by Carr., Polejaeva, Grome, Crandall, LaValle, Eonta, and Young (2015), found that repeated low-level occupational blast exposure produced symptoms similar to concussion, which interfered with daily function and increased with history of exposure.”

More simply, first responders repeatedly exposed to low-level blasts can suffer from cascading levels of cognitive impairment. These conditions are comparable to the repeat impacts professional athletes sustain, which lead to an increased risk of CTE (Fainaru-Wada & Fainaru, 2013).

Due to decreased reporting by the NFL, it is difficult to estimate the current number of professional athletes with TBIs (Bachynski & Goldberg, 2017). In an interview with Fainaru and Fainaru-Wada regarding their 2013 book League of Denial, Ann McKee, a lead researcher in CTE, stated in regards to TBI and CTE, “I don’t think everybody has it, but I think it’s going to be a shockingly high percentage”. McKee’s experience comes from studying the brains of over 34 deceased NFL players, all of which but one, she posthumously diagnosed with CTE at the time of League of Denial’s publication.

While first responders, professional athletes, and military personnel share an increased risk of TBI and CTE, no two TBIs are the same as the site of injury is significant (Prins, Greco, Alexander, & Giza, 2013). TBI can be categorized into primary or secondary injuries. Primary injury is sustained when the brain is displaced within the skull, where as a secondary injury is a prolonged “consequence of ongoing cellular events that cause further damage” (Prins et al., 2013).

Physiologically, TBI begins with trauma to the brain with symptoms including hemorrhaging, contusions, lesions, axonal shearing, and/or the stripping of the myelin sheath from the axon, aside from the concussion itself (Neuroscience Clerkship at UH/VA, 2006). TBI also leads to disruptions in neurochemical communication due to changes in glucose metabolism, free radical levels, and mitochondrial function (Prins et al, 2013). In short, not only is the brain compromised, but it lacks the energy resources to effectively function. This manifests most commonly in symptoms such as headache, irritability, or trouble thinking (Center for Disease Control, 2019a).

Repeated trauma in CTE can also lead to irregularities of the tau proteins of the brain (McKee, Stein, Kiernan, & Alvarez, 2015). Tau proteins are associated with structural stability in the brain and their pathology is associated with Alzheimer’s and other neurodegenerative diseases (McKee et al., 2015). This pathology, combined with axonal shearing and other forms of neuronal damage, could be one factor in CTE patients’ risk of later developing a neurodegenerative disease.

In a 2015 study, of the 142 cases of CTE analyzed, 10.56% had coexistent motor neuron disease, 10.56% had Alzeheimer’s Disease, 7.04% had Lewy Body disease, 2% had frontotemporal dementia, and 4.51% had two or more of these comorbidities (McKee et al., 2015). Roughly 4 in 10 patients had a coexisting neurodegenerative disease. In many ways, this is a neurohealth crisis, especially as these institutional and career based instances of CTE and TBI are either preventable or can be potentially mitigated.

In the case of the NFL, Bachynski and Goldberg (2018) recommend public health institutions sequester pre-existing relationships and cease to form novel ones. Players cannot be held responsible for physical ineligibility status, commonly known as out indefinitely, decisions because of the conflict of interest presented, players reporting anxiety that time off the field is dangerous to their career stability (Fainaru & Fainaru-Wada, 2013). Players need to be able to leave the field without a sense of economic risk.

Ethical engagement risks and liabilities relating to TBI and CTE for military personnel and first responders varies. Further research and discussion requires the consideration of individual personnel needs as well as the nature of the injury risk involved to make comprehensive decisions. While dialogue is still needed, there are a number of groups, such as the National Institutes of Health devoted to promoting said discourse and research. For readers interested in learning more about the NFL’s history with TBI and CTE we recommend League of Denial, and their associated FRONTLINE documentary.

Center for Disease Control. (2019b, March 11). Tbi: Get the facts. https://www.cdc.gov/traumaticbraininjury/get_the_facts.html