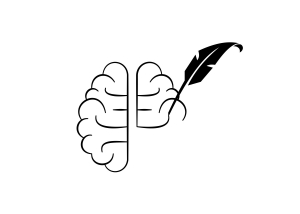 Although some research showed evidence for plasticity, it was largely believed until the nineteen seventies that the adult brain was, for the most part, fixed after development was completed around age five (Doidge, 2007). Through stroke rehabilitation research and the Hubel and Wiesel optical work in kittens, it became widely accepted that the brain can change and adapt in a myriad of ways (Doidge, 2007). The scientific community at large now accepted that the brain could change not only from an injury or rehabilitation, but from learning, training, and new experiences (Doidge, 2007). Through the research of scientists such as Kolb and Whishaw (1998), Greenough (1970), Diamond et al. (1967), Globus et al. (1973), Rosenzweig & Bennet (1978), and Rosenzweig et al. (1962) et al., we then discovered more about the wonders of neuroplasticity. While there is a genetic blueprint that guides the brain’s initial development, neuroplasticity is “a complex dance of genetic and experimental factors that shape the emerging brain” (Kolb & Gibb, 2011).

Two examples of plasticity are how bilingual language learning changes the brain, and how the brain recovers after a TBI or stroke (Pliatsikas, Moschopoulou & Saddy, 2015; Frost, Barbay, Friel, Plautz, & Nudo, 2003). Bilingualism increases both connectivity in language centers of the brain, and increases cognitive function in old age compared to monolingual subjects (Pliatsikas, Moschopoulou & Saddy, 2015). Bilinguals also have greater grey-matter density in the inferior parietal cortex (Mechelli et al., 2004). If the brain were not able to change in response to new experience, these changes would not occur. Similarly, the brain’s ability to recover after a TBI or stroke illustrates its plasticity. Experts describe that “the return of function observed after cortical injury is largely attributable to adaptive plasticity in the remaining cortical and subcortical motor apparatus” (Frost, Barbay, Friel, Plautz, & Nudo, 2003).

Changes also occur in the brain when learning new skills or when one is exposed to an enriched environment. Experts have found the size and connectivity of grey matter changes when learning skills, their results “[contradicting] the traditionally held view that the anatomical structure of the adult human brain does not alter, except for changes in morphology caused by ageing or pathological conditions” and “[indicating] that learning-induced cortical plasticity is also reflected at a structural level” (Draganski et al., 2004). Enriched environments have also been associated with life long plasticity (Altman & Das, 1964). In humans, exposure to both environmental music and music training has been associated with increased plasticity (Hyde et al., 2009). Additionally, a lack of environmental stimulation such as darkness has been found to cause decreased function (Kolb & Gibb, 2011).

Lastly, while plasticity is frequently discussed in terms of development, it also continues into old age (Park & Bischof, 2013). In one study experts found “the most durable effects observed in old adults are gains on the trained task,” although these improvements come with limited “far transfer” (Park & Bischof, 2013). For further training and research they recommend “engagement in challenging leisure activities that activate core cognitive processes such as working memory, episodic memory, and reasoning” (Park & Bischof, 2013). In general, further research about plasticity is still needed across all age ranges. For example, sleep and plasticity are related as both play a role in learning and memory formation (Maquet, Smith & Stickgold, 2003). You can support HBSF’s research on the brain and neurodegenerative disease by donating here.

Doidge, N. (2007). The brain that changes itself: Stories of personal triumph from the frontiers of brain science. Penguin Books.