On December 7th 2019, the Howard Brain Sciences Foundation hosted the first annual Brain Matter(s) Gala. With over 100 guests from around the globe. The gala was an international affair that spoke to the unfortunate universality of neurodegenerative diseases. Guests ranged from friends and family of the foundation to scientists, investors, global security personnel, caregivers, professors, comedians, and poets, but over 50% of guests reported knowing someone with a neurodegenerative disease despite any cultural or social differences between attendees. The diversity of attendees reflected the HBSF’s multidisciplinary approach to neurological health, reuniting sub-disciplines and specialists to better tackle the complexity of the human brain.

The evening began with an address from Tanya Juarez (CEO of HBSF) in which she not only welcomed guests, but stressed the importance of Artificial Intelligence and global collaboration (as opposed to competition) in combating the prevalence of neurodegenerative diseases. Tanya Juarez also described her first hand experience as a mental health provider for soldiers, both in combat zones and on home soil, as a major motivator or becoming involved in “something revolutionary.” She and Newton Howard, Ph.D. (Chair & Founder HBSF) then began to collaborate on how to translate their passion for mental health awareness into a source of major systemic change.

Professor Howard is known for a wide range of accomplishments in computational neuroscience, but spoke specifically on his change from private sector security work to neurohealth, stating “the enemy is not actually out there, the enemy is within.. the brain is plagued by so many [curable] things.” Professor Howard also described the importance of early detection and targeted approaches to brain health as major motivators in his use of Artificial Intelligence and computation in designing the KIWI. The KIWI is a deep brain stimulation solution that utilizes machine learning to better customize brain stimulation to each patient.

Professor Howard introduced the audience to Hristina Nikolova. The two met at a neurohealth event, Nikolova inspired by Professor Howard’s commitment to patients and promoting patient longevity. Nikolova had spent several years working as a patient advocate on behalf of her sister, often coming up against health professionals who saw no alternative than a few months for her sister to live. Having developed brain cancer, Hristina’s sister chose to extend her chemo cycles as long as her body could tolerate it, in the aim of simply spending more time with her family and enjoying the small daily pleasures of life. Nikolova fought for her sister’s access to 3 simple things HBSF hopes to grant patients: an improved quality of life, increased longevity, and the possibility of a cure.

Professors Aziz and Stein each described their work in neuroscience and emphasized the need for novel targeted approaches and applauded the HBSF for its commitment to innovation. While important and life changing for many patients, medication and surgery are imprecise and come with a range of unintended side effects. By researching and designing targeted clinical approaches we can improve patient quality of life while mitigating risk. Though our goal at HSBF is to entirely eradicate neurodegenerative disease, any improvement in quality of life is significant both for the patient and their support network. In the words of keynote speaker Hristina Nikolova, “even one more minute,” is significant for patients living with a neurodegenerative disease.
If you are interested in becoming involved with the HSBF please email mishaelia.bushman@brainsciences.org or visit our ‘Donate’ page in support of future research.

Thank you to all of our sponsors and those who have donated in support of our research.

Your support propels our research further!

Although this event has past, we welcome your support! If you would like to donate to future research visit our Donate page or please email mishaelia.bushman@brainsciences.org to discuss opportunities for potential donors.

100% of proceeds have gone towards research and projects 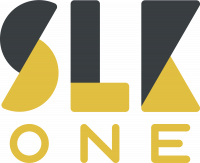 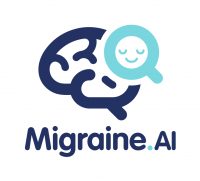 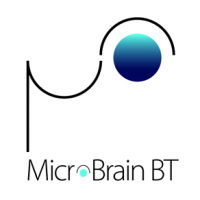 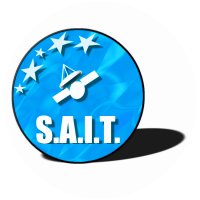 THANK YOU TO ALL OUR SUPPORTERS