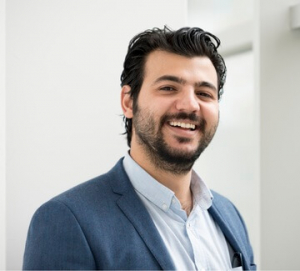 Dr Adeel is a Lead CI/ Co-PI of the prestigious EPSRC £4 million transformative healthcare technologies (2050) programme grant, along with Prof. Hussain (PI). His proposed transformative idea of 5G IoT-enabled audio-visual hearing aid (HA) is ranked second in the UK and one of the only 6 selected from 130+ UK Universities for funding. EPSRC believes that the project vision represents a step-change in how healthcare will be delivered in future. Adeel is also a pioneer of conscious multisensory integration (CMI) theory that sheds light on some of the crucial neuroscience questions, including multisensory integration and precise information processing in the brain, with respect to the outside world. It is believed that if his introduced universal contextual field (UCF) in pyramidal cell exists, and behave in a way he described in his work, this could be a major contribution in our understanding of mechanisms responsible to produce coherent thoughts, percepts, and actions, well-adapted to different situations and long-term goals. Adeel is currently involved in developing ambitious pioneering/world’s first, privacy-preserving multimodal (MM) HA by 2050. In addition, he is working on finding the biological evidence of the CMI theory as well as the integration of CMI and fundamental code unit (FCU) theories. He is an electrical engineer and a cognitive scientist. He holds B. Eng. (Hons), MSc (EEE) and PhD (Cognitive Computing) degrees. He is an EPSRC/MRC Research Fellow at the University of Stirling, and also a Fellow at MIT Synthetic Intelligence Lab, Computational Neuroscience Lab (University of Oxford), and Howard Brain Sciences Foundation.