The Future of ALS

Last week on the Brain Blog we reviewed the basics of amyotrophic lateral sclerosis (ALS) in honor of ALS Awareness Month. This week we will be reviewing the histopathological features of ALS as well as new developments in potential treatments. ALS is largely defined by the degeneration of motor neurons in the primary motor cortex. Wijesekera & Leigh (2006) describe that in the upper motor neurons, this includes,

“depopulation of the Betz cells in the motor cortex (Brodmann area 4), variable astrocytic 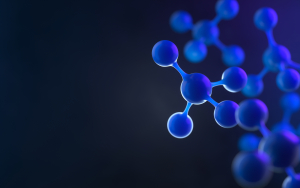 gliosis affecting both the grey matter and underlying subcortical white matter of the motor cortex, and axonal loss within the descending pyramidal motor pathway associated with myelin pallor and gliosis of the corticospinal tracts”.

In the lower motor neurons, “pathology primarily affects the ventral horn motor neurons of the spinal cord and brainstem,” while “there is relative sparing of the motor nucleus of Onufrowicz in the S2 spinal segment and the cranial nerve oculomotor nuclei” (Wijesekera & Leigh, 2009). Other neurons are atrophic and show intraneuronal forms of pathology such as Bunina bodies and Ubiquitinated inclusions or ubiquitin-immunoreactive (Wijesekera & Leigh, 2009). These changes are what cause ALS’ signature symptoms such as atrophy, and muscle twitching and stiffening.

Current pharmacological treatments for ALS include Riluzole and Edaravone (Siddique & Siddique, 1993). Proposed novel treatments for ALS often include small molecule drugs. Small molecule drugs have a low molecular weight and can easily enter cells, this makes them ideal for targeted pharmacological approaches (National Cancer Institute, 2020). Pimozide, a drug originally approved for treating schizophrenia, has been tested in animal models of ALS (Bose, 2019). Pimozide treatment was “ found to rescue locomotor deficits in multiple animal models of ALS,” while a trial with human patients “confirmed the stabilization of motility” (Bose, 2019). In both human and animal models, there was target engagement at the neuromuscular junction (NMJ) (Bose, 2019). NMJ engagement was then used as a biomarker to assess a pimozide derivative TRVA242, which was found to improve locomotion in the zebrafish model (Bose, 2019).

As current ALS treatment is palliative, making advancements in treatment, prevention, and screening critical. Especially as global life expectancy increases, the rate of ALS and other neurodegenerative diseases will increase (Siddique & Siddique, 1993; Gowland et al., 2019). Researchers in the UK proposed that the rates of ALS in the UK will rise “from 8.58 per 100,000 persons in 2020 to 9.67 per 100,000 persons in 2116” (Gowland et al., 2019). Globally, one study projects “that the number of ALS cases across the globe will increase from 222,801 in 2015 to 376,674 in 2040, representing an increase of 69%” (Arthur et al., 2016). For more information about ALS or support for people with ALS or their support network, you can reach out to organizations such as the ALS Therapy Development Institute, and the ALS Association.

Justia Patents. (2018). US Patent for Treatment of neurodegenerative diseases, causation of memory enhancement, and assay for screening compounds for such Patent (Patent # 9,980,969 issued May 29, 2018)—Justia Patents Search. https://patents.justia.com/patent/9980969