The wonders of day to day brain functions are not to be taken lightly. Amongst other functions, daily brain function includes prioritizing information from the five senses, managing autonomic systems, and maintaining working memory. While this is already impressive, the brain is also capable of healing itself and undergoing significant functional and structural change (Kolb & Whishaw, 1998). While incidents such as traumatic brain injuries (TBIs) are life-altering, the case of Phineas Gage illustrates how the brain can continue to function despite a severe injury. 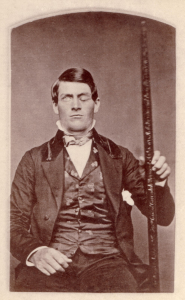 Phineas Gage was an American railroad foreman, known for surviving an iron bar passing through the left side of his skull (Thiebaut de Schotten et al., 2015). The bar entered through the bottom side of his skull while blasting rock. The tamping iron‍ had a thirty two millimeter diameter, one and a tenth meters length, and a weight of six kilograms. He was treated by Dr. John Harlow. Harlow removed several bone fragments and approximately an ounce of Gage’s brain, replaced some of the bone, and closed the wound only partially to allow it to drain (Harlow, 1868).  Gage was in good spirits regarding his recovery that evening, but twelve days after his injury he became semi-comatose (Harlow, 1868). Harlow noted and treated a cerebral abscess that Gage had developed (Harlow 1868). Within another twelve days Gage began to show greater signs of recovery, though it would be an additional five weeks until he was strong enough to return to his parent’s home in New Hampshire (Harlow, 1868). Over the course of his treatment, friends and Harlow alike were greatly impressed by his recovery, his survival considered miraculous by all medical standards at the time (Harlow, 1868).

Despite his physical recovery, friends, family and Harlow noted several changes in Gage’s behavior. Harlow described changes in his personality such as “fitful, irreverent, indulging at times in the grossest profanities (which was not previously his custom), manifesting little deference for his fellows, impatient of restraint or advice when it conflicts with his desires” (Harlow, 1868). This is paired with the oft-quoted observation, he had become “no longer Gage” (Harlow, 1868). Though no psychological assessments of Gage exist, experts propose, “Harlow argued that the behavioral changes in Gage’s personality were the direct result of the damage to the left frontal lobe” and experts propose these changes “[result] from deficits in rational decision-making and emotion processing” (Thiebaut de Schotten et al., 2015). How radical these changes were has been debated as this is based on individual reports and is not independently documented (Macmillian, 2009; Kendra, 2019). Later in life, Gage was also said to make a partial psychosocial recovery, working in both Chile and America, and touring with the story of his survival (Macmillian & Lena, 2010). Gage’s health only truly began to fail in 1859, growing ill and dying in 1860 (Macmillian & Lena, 2010). 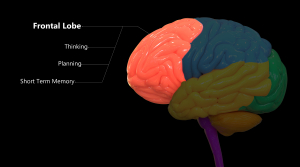 These cases were seminal to our current understanding of the brain. While our understanding of both plasticity and functional systems has advanced, there are still many points of further research such as the effects of sleep or stem cell therapy on brain healing (Wong, 2008). You can support HBSF’s  research on the brain and neurodegenerative disease by donating here.